Be Positive With Real Estate 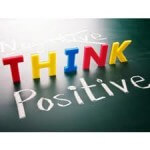 In today’s widely fluctuating economic and financial world, it is quite challenging to find investments that offer any true positive net annual returns. Many U.S. and European banks today are offering their customers anywhere between negative and just 1% savings rates. After factoring in increasingly escalating bank fees, taxes, and inflation rates, more and more people are earning NEGATIVE NET RETURNS each year.

Our planet has numerous economies and financial markets that are all interrelated and connected to one another. The USA (3rd largest populated country) economy is affected by the U.S. Unemployment Rates just as much and it is by trade deficits, import and export numbers, and currency exchange rates with other countries.

When foreign currencies are much stronger as compared with the U.S. Dollar, then more foreign investors can afford to buy U.S. Stocks, Real Estate, and American Goods and Services. Conversely, weakening foreign currencies can lead to declining U.S. exports since they are not as affordable abroad.

Why does the strength of the Canadian Dollar matter to U.S. investors interested in Real Estate?

Recently, the governing Danish Central Bank called “The Nationalbank” slashed its benchmark interest rate to well below zero percent (0%). As of February 2015, the Nationalbank benchmark interest rate reached a low of -0.75% (negative .75%) after four recent rate cuts. A few Danish banks have stopped offering any adjustable rate one to three year mortgage-backed bonds due to the wildly fluctuating rates. In February 2015, one-year mortgage bonds in Denmark were trading between -0.3% and -0.4%. How many American investors have ever heard of negative rate mortgage products?

Historically, Swiss Banks are considered the most sound and safest banks worldwide. Yet, the Swiss National Bank has also cut their Swiss National Bank’s key benchmark rates from – 0.25% to -0.75% in recent months. These same negative Swiss rates are making their Swiss Franc “Safe Haven” currency less attractive to investors. Rumors abound that Switzerland, Denmark, Greece, other European nations, and even the U.S.A. may continue onward with their downward interest rate trend.

While most investors are usually concerned about generating high interest rate yields, other investors these days are focused on protecting their original principal amounts. Inflation, a hidden form of taxation, is truly a destroyer of a family’s Net Worth. Yet, the loss of principal is even worse than negative interest returns.

Greece, the USA, and several other countries around the world have openly discussed the possibility of “Bank Bail-Ins” should banks run low on cash. A “Bank Bail In” is when the bank grabs their customer’s cash in order to pay the bank’s expenses. The questionable financial solvency of the FDIC (Federal Deposit Insurance Corporation), and their ability to protect depositor’s funds after one or major large banks fails, is another valid cause for concern.

As a result, the number of people who wish to risk both their potential interest and principal amounts with banks continues to decline as more investors seek non-banking alternative investment options like Real Estate as either an Investor or a Lender.

Investment Yields and The Rule of 72 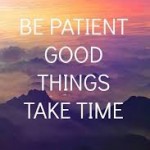 One of the easiest ways to project future compounded returns on various investments is to calculate and divide the annual rates of return offered by the investment options, and then divide it into the number 72. The number calculated will then give the investor a solid idea of how long that it will take to double their original investment amount.

The investments will double and compound in size every nine (9) years.

For the purpose of this investment scenario, we will use the highest potential current annual rates of return for a bank customer with a mid to large-sized U.S. bank in 2015. This projected annual yield will be 1%.

1% Annual Bank “Investment” Returns: Annual Rates of Return: 1% (72/1 = 72 years). Please be very patient as these investments will double in size every 72 years.

Hopefully, the investor will live long enough in order to see their original investment amount grow. With negative returns from the start, then investors can sit back and watch their principal amounts vaporize fairly soon.

Where do so many banks take their customer’s bank deposit funds and invest? ANSWER: Real Estate.