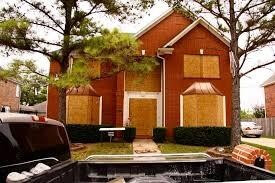 Driving for Dollars is a phrase real estate deal finders or bird dogs use to describe the strategy of driving around in your market looking for off-market opportunities such as boarded homes, tall grass, For Sale By Owner signs, contractors working, etc. Basically, vacant and neglected homes that indicate a possible motivated seller.

I want to share with you why driving for dollars is so important with this story about how I made $4000 in about 30 minutes.

While driving for dollars, I came across a small, boarded-up house, perhaps 700 sq. feet. I looked through a window and saw the house had been gutted inside. I called the number on the For Sale by Owner sign. The owner told me he was asking $11,000. I managed to negotiate him down to $4,000. We agreed and he said he would send the papers to sign.

I continued my driving for dollars and saw another house being roofed. I stopped and asked if the owner was around. The owner of this house was a real estate investor intent on flipping the property. I asked if he would be interested in the house I owned. He said he would. He looked through the windows like I did and he said he would pay me $8,000 for it. He signed my papers and I went back to my office to make sure I had the papers for my purchase. The great thing about this story, not only did I make $4,000 in about a half hour, but the real estate investor did 20 to 30 more deals with me as a wholesaler.

I’d eventually come up with my own Flipping Houses 6 Step Formula that one one deal made me $8,100 wholesaling a house in less then 3 hours. It involved a house that came on the market for sale in an area I farm for deals reguarly. I saw it first thing in the morning at 8:00 am. It was priced at $44,900. Since I knew that area fairly well, it immediately stuck out as being a potential deal and I just went into Flip Mode.

In the two years I spent wholesaling houses, nothing was more important than driving for dollars, so get out there and take control of your future today!

A quick order of a Wholesaler's investing plan looks something like this:

One of the easiest or best ways to find deals is driving for dollars. If making $5,000 to $10,000 per deal wholesaling houses sounds exciting to you then be sure to listen to my training video, The Importance of Driving for Dollars for FREE.