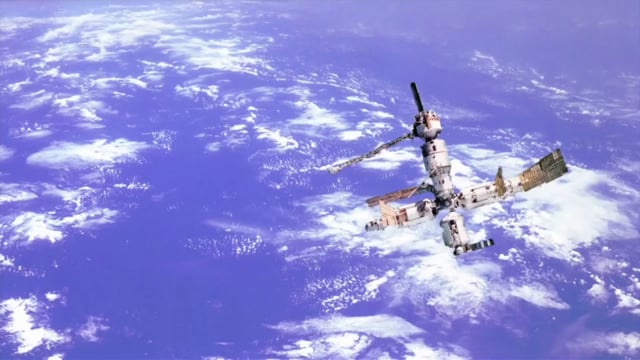 Homeownership Is A Good Investment Again

You may have noticed that news organizations run hot and cold on topics. First they say something is good, they build it up for awhile and run with related stories. Then they shift, tell everyone that opportunity is no good anymore, and run those stories. The news cycle tends to resemble fashion more than reporting news – having a cycle created intentionally to stoke demand for new, now fashionable clothes.

There is no doubt that news organizations do “observe” what is going on in the world and report on it, but the news organizations have become so powerful that I think they also “create” news because their reporting causes people and businesses to change their perspective and actions.

Those actions can then cause the “news” to cause things to happen in line with that news. Remember also that news organizations have to pick which stories to run and they tend to run stories that will attract readership – meaning stories in line with current interest of their readers. That encourages news organizations to run more stories that feed the popular thinking and interest of the news consumer.

In the housing run-up the “hot” period had stories about real estate going up in value, people making money flipping properties, and buyers competing to get a home. The media companies then put together a multitude of popular shows on the topic of making money on real estate – “Flip That House”, “Flip This House” (yes there were actually two separate shows with those names), Property Hunters, Sell That House, and a host of decorator shows. The news organizations then ran stories on people making money, fixing their homes, and other stories in line with a hot, rising real estate market.

Then the news and media organizations went “cold” on real estate. It started when the mortgage market locked up the first week in August 2007. News organizations then reported on that story and seeing interest started to run stories about problems in lending and real estate.

They reported from experts who said the market had gone too high and had to come down. As people read the news and became fearful of real estate investing – it was the news that caused people to not pursue real estate which fed a slowdown. As the news papers reported the slowdown people became more fearful and pursued real estate even less. Stories were then produced of homeowners being foreclosed, turmoil in neighborhoods, and people losing money on houses.

In my experience the news cycle seems to be around 2 1/2 – 4 years. We are now a little over five years from the peak of the “up” cycle and it is time for the news to change. And it seems to be.

So, I have been looking to see whether any stories are starting to run on real estate being a “good” thing to own or invest in.

I noticed an article in the New York Times titled “In Defense of Homeownership” which made a case for buying a home to live in. The case for homeownership was that:
1) Homeownership is at a minimum a “forced savings” plan that helps people save who would otherwise never save

5) You can live in a better part of town, with good schools where often there are no rentals.

The “In Defense of Homeownership” article was then followed an article by Carl Richards, also in the NY Times titled “Four Secrets of a (Money) Happy Home” which also made the point that homeownership is a good idea for many people. Take note, the bad news on real estate has been going on since the middle of 2007 but things are looking up. It is about time for the news to shift.

How to Choose a City to Invest In?

A simple rule of thumbs to use is, if there are no jobs, and then there are no tenants. Pretty simple, huh? This should be your number one criteria for selecting a city to invest in. As job growth goes up, apartment (and retail/office) occupancy levels go up too.

Net Operating Income (NOI) and property value also tend to increase with job growth. The best way to get job growth statistics is to contact the city's economic development department. It's usually located within the local chamber of commerce office. Most cities have this information on the city's website. Research trends using at least three years of data.

Population growth should be number two on your list of criteria for selecting a city to invest in. I once bought apartments in a city that was experiencing many of its young people moving out and away to the other, more exciting and progressive, cities. I struggled keeping those apartments occupied because it mainly the young and lower-middle class who rent apartments.

And the opposite is true for cities that are growing in population: as population grows so does your pool of tenants. Here's an interesting note of caution: if your population growth is mainly persons of retirement age, then don't expect that to have an increasing effect on your occupancy if you invest in apartments. The reason why is that these folks tend to move into single family house, condos, and retirement communities. Population trends data can be found also within the local chamber of commerce office and usually also can be found on their website.

When you spot new construction of real estate it indicates a path of progress that should be paid attention to. You know the feeling that building new real estate throws off: affluence, excitement, high expectations, and community involvement. A lot of people and investors will benefit from it, hopefully. New construction signals that developers and lenders are banking on creating a supply that the demand will meet. Investing in the path of progress results in an increase in rental demands, NOI and property values.

Finding, researching and spotting new construction and the areas in the path of progress begins with going for a drive of the area and again checking out your chamber of commerce website for development plans.

In summary, don't listen to the negative real estate news! With the combination of timing your buy and sell strategies and then applying those results to your location research sets you up for optimum success and profits – short-term and long-term.