Real Estate Investing – What Is A Letter Of Intent?

What exactly is a Letter of Intent? Well according to Wikipedia, it can be defined as is a document outlining an agreement between two or more parties before the agreement is finalized. The Letter of Intent or (LOI) is typically used to define a offer from a real estate investor to a seller/home owner, it could also be sent from the investor to real estate broker agent/broker. Most of the times it is used to open communications and express your interest in an investment property or business opportunity.

An LOI can come in many different forms. But they will all contain some sort of communication stating a proposal to enter into a contract in the future for an exchange of goods and services. This letter would be a weak relation of a sensibly exchanged and recognized proposal or agreement before you have a formal contract in place. A LOI should serve at least one of these three functions:

This is a non-binding declaration of the future objective of two parties, the real estate investor and the seller/home owner/real estate agent, what you would call a ‘comfort letter’.

This is an interim contract containing its own terms and conditions, which will lead the connection between two parties until an official written contract is created.

This is a concluding agreement which, despite their taking no prescribed implementation is judged to have the combined terms of a formal written contract on which two parties intend to go into agreement on.

Tips To Build An Impressive Letter of Intent

Your Letter of Intent should contain the following:

Your Letter of Intent shouldn’t do the following:

However, should something go wrong during the period of time before the actual contract is formalized, it will carry on in lieu of said contract. Real Estate Investors, if a LOI is accepted should then improve and replace an LOI with a fully-formed, documented agreement to purchase/buy an investment property as soon as conceivable. Follow the given instructions and enjoy your ride in the business communication world, whether it is for Real Estate Investing, or other business related ventures! 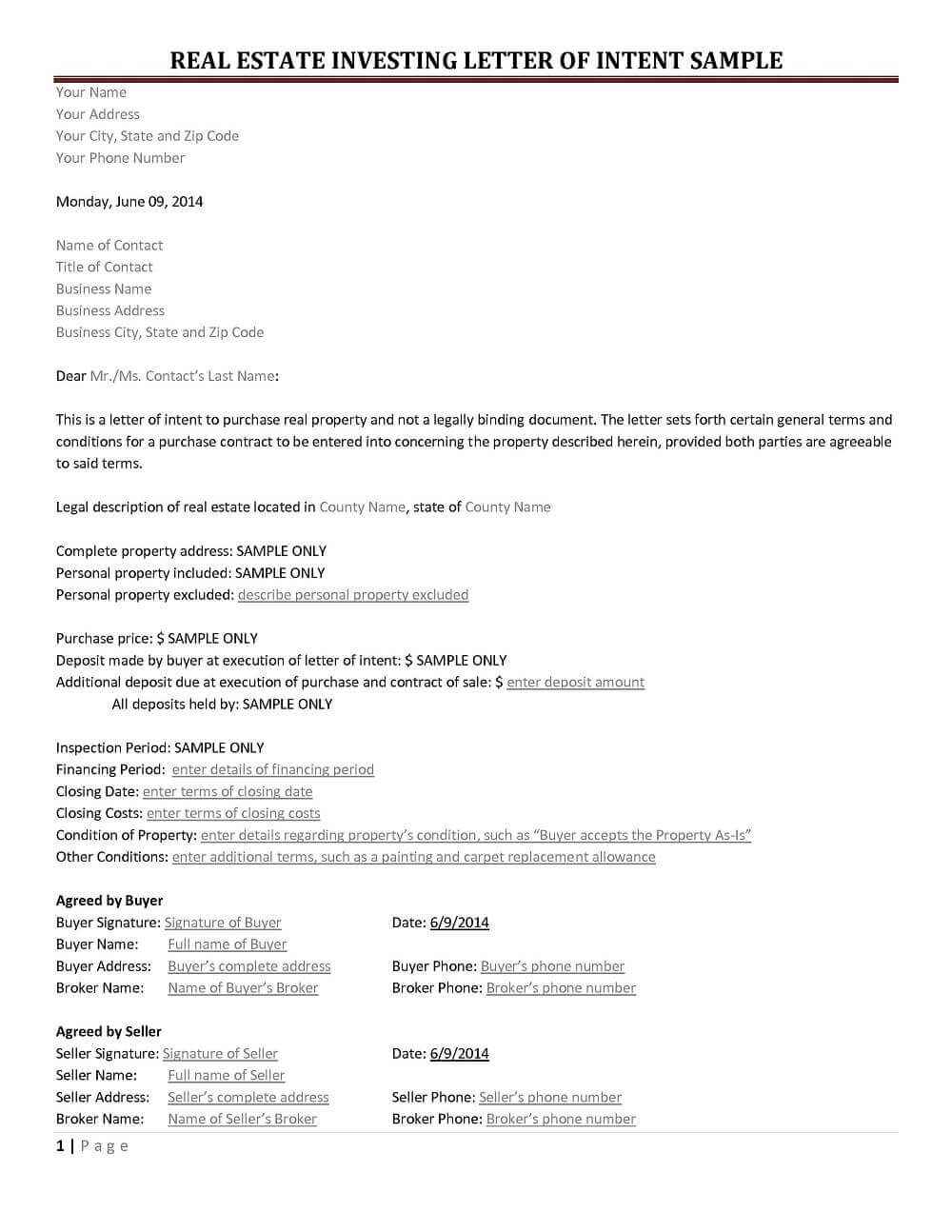