The Bond Between Money and Real Estate 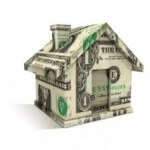 The mortgage and real estate markets are directly impacted by the directions of the bond market. What is a bond? The very root definition of a bond is that it is a form of a loan. A bond represents a promise by the borrower (the bond issuer) to repay the amount borrowed in addition to a rate of interest, and at a specific rate in the future.

The U.S. bond market affects fixed mortgage rates more than any other financial entity, including the Federal Reserve. As the U.S. stock market has been very volatile the past decade, more investors (individuals, financial institutions, the Federal Reserve through “Quantitative Easing” strategies, and foreign governments) have invested trillions of dollars in the U.S. bond market.

The increased demand for U.S. bond debt has helped drive down the yields on long term 10 and 30 year bonds to all-time record lows in recent years. The greater the demand to purchase U.S. bonds, then the lower the yield on those same bonds. 30 year fixed mortgage loans are tied to the 10 year Treasury Bond. The Federal Reserve controls short-term interest rates which influence such things as adjustable rate mortgages, the Prime Rate, credit card rates, business loans, and automobile loans.

On average, most 30 year fixed mortgage loans rarely last longer than 10 years before being paid off in full or refinanced. As a result, the closest financial instrument which has similar risks is the 10 year Treasury Constant Maturity. This is why 30 year fixed mortgage rates are tied to or monitored by tracking the direction of the 10 year Treasury Bond.

The bond market is a place where governments and corporations go when they need to borrow money. These borrowing entities are then matched with people or institutions willing to lend money to them. Bond prices and bond yields move in opposite directions. 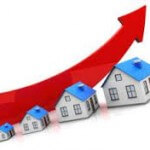 Do you ever wonder why a positive day on Wall Street such as a 400 point increase in the Dow Jones index also may drive up long term fixed mortgage rates? Here is the simple explanation of a complex situation: Individual and institutional investors may move their funds from bond or money market accounts. They may, in turn, redirect those funds into individual stocks or mutual fund accounts due to positive news, lowered unemployment figures, positive quarterly economic numbers, or other factors.

The increased demand for stocks on any given day will increase the stock market index levels. In turn, bond prices may drop as demand for bonds has decreased on that same day. Remember, bond prices and yields are inverse to one another just like a see-saw. As bond prices drop, bond yields and mortgage rates then rise as well.

The Primary Investors and Issuers of Bonds

Who or what entities are the primary investors in the various forms of bonds available? Individuals, mutual funds, investment banks, savings banks, pension funds, and foreign individuals, institutions, and governments. Japan and China together may have purchased the largest portion of U.S. government bonds after the Federal Reserve in recent years. 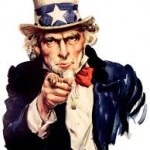 The U.S. government is the single largest issuer in our country with many, many trillions of dollars’ worth of Treasury securities currently outstanding. The federal government issues securities with terms of short, medium, and long-term periods. States, municipalities, agencies, and corporations may also issue various forms of bonds. The U.S. Bond is backed by the “full faith and credit” of the U.S. government. As a result, government bonds and notes are generally considered the safest investments available today.

The U.S. government, by way of the U.S. Treasury, issues bonds to fund public projects and to finance the deficit when the government spends more than it receives in tax revenues. The Treasury’s securities market is the most cost effective way for financing government operations at the lowest cost possible. The low yields on Treasury yields over the past several years have kept 30 year fixed mortgage rates near or at all-time lows. As long as there are enough investors who keep purchasing our government bonds, then both bond yields and fixed mortgage loans may continue to remain low. 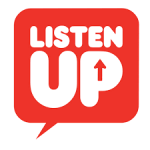 However, if investors begin to fear the potential of runaway inflation, a U.S. government which spends too much, or a weakening U.S. Dollar, then we may have fewer bond investors in the future. At that point, then long term fixed rates may be headed higher, regardless of how low our Federal Reserve cuts short-term interest rates. Inflation may be the greatest ally to boosting real estate values, but it is somewhat of an enemy to the bond market.

So, we must hope for a balanced or key equilibrium point which works best for ongoing improving real estate values and near record low mortgage rates.