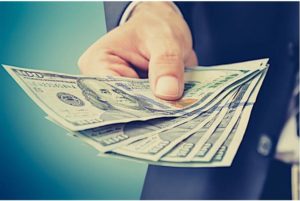 In order to understand what it is about hard money that makes it so appealing to investors who want to grow their business, let’s first paint a clearer picture of what it actually is.

Hard money, or — better yet — hard money lenders, are those parties willing to lend to investors not based solely on their credit score, but rather the subject property in question; it’s asset-based lending at its finest. Essentially, they decide whether or not to lend to a particular individual based on the quality of the home proposed by the borrower and the potential it holds. And while said credentials may be easier to amass than a perfect credit score, hard money loans don’t come without a significant caveat: they are considerably more expensive than your typical mortgage, and may even coincide with higher origination fees.

But I digress, why would investors choose to borrow money at a higher cost when traditional lenders offer a similar service at lower borrowing costs?

It’s worth noting that a hard money loan in the hands of a savvy investor can very easily justify the higher costs, as the benefits greatly outweigh any additional expenses. That said, perhaps now is the right time to explain why investors may want to pay the higher borrowing costs associated with hard money lenders in order to expand their real estate business, and not go the traditional route of an institutional lender.

There are essentially three main reasons you would want to expand your real estate business with hard money: It allows you to scale considerably faster than a traditional loan, the speed of implementation is second to none, and there is very little red tape. Let’s take a closer look at all three.

We are all familiar with the path traditional loans choose to take us down; it’s painstakingly slow. If you are incredibly lucky, receiving approval for a mortgage loan can take several weeks, and that’s if everything goes smoothly. However, it’s not uncommon for traditional mortgage loans to come to fruition over the course of months; a timeframe that isn’t exactly conducive to the fast-paced environment real estate investors have grown accustom to. By the time a traditional mortgage clears, it’s safe to assume the deal you were looking at is gone, and no amount of money can get it back.

Hard money, on the other hand, can be acquired in as little as a few days. As an asset-based borrowing strategy, the lender need not sleuth around your entire credit history or financial records. While some might inquire more than others, all hard money lenders really care about is the property you are borrowing money for. Provided they see potential in both you and the asset, they will consider you as a potential borrower in no time flat.

The speed in which they are able to provide you with capital can’t be underestimated. It would be incredibly difficult to expand your real estate business without out the speed hard money lenders offer, if not impossible. You see, the speed in which you are able to receive the capital from a hard money lender can help you beat the competition to the punch. You could argue that without the speed of implementation hard money provides, you would land fewer deals, making it difficult to expand your real estate business.

Whereas traditional lenders will scoff at the idea of lending to a borrower that already has a mortgage on record, hard money lenders don’t typically concern themselves with what has happened in the past; they are more interested in the asset you pitch to them. So where you could expect to receive one mortgage from a traditional institution at a time, hard money lenders allow you to expand your efforts across multiple properties, provided you can convince them you are worth betting on. It’s entirely possible to receive funding for multiple properties through hard money lenders if you play your cards right.

Instead of moving one deal ahead at a time, hard money awards you the opportunity to have multiple deals in the works simultaneously. Fewer benefits, at least that I am aware of, will allow you to expand your real estate business faster and more efficiently than with hard money. If for nothing else, the sheer volume can move things forward exponentially.

It’s worth noting, however, that with every additional property comes more work and more risk. Before you decide to expand your real estate business with hard money, make sure you are prepared for the added workload. Provided you are, having multiple deals in the works at the same time can be a great feeling.

Again, hard money lenders are more concerned with the asset in question than the borrower’s financial situation. That’s not to say hard money lenders won’t take your past into consideration, but they are less likely to hold it against you than a traditional lender. Not surprisingly, the lending guidelines associated with hard money lenders are less convoluted and a lot easier to navigate, whereas a bank will have you jump through several hoops just to set up a meeting.

That means borrowers with troubled pasts may find it a lot easier to receive capital through a hard money lender. Whereas a bank wouldn’t even look at a borrower with a poor credit score, hard money lenders may choose to lend on the potential of the property in question. That said, those with poor credit scores that would typically be turned away from a bank could find solace in the form of hard money.