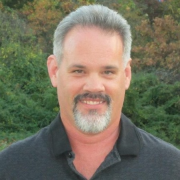 Raised in a literal barn in the wilds of southern Missouri without television, it’s no surprise that Derek knew the ins and outs of classic literature like Catch-22 but had no idea what Miami Vice was. Stringing words together into coherent and (hopefully) entertaining sentences has been the steady storyline of his life ever since. This rustic upbringing also created an early appreciation of land and its inherent majesty. Eschewing a life of admiration and prestige after high school, he decided to bomb out of the U.S. Naval Academy before the end of Plebe Year and bounce amongst a series of unremarkable jobs: bartender, fitness coach, truck driver, convenience store clerk, security guard, rock and roll singer, limo driver, fishmonger, copywriter, paralegal, and forex gambler. Eventually he made his way to the end of the road in Key West and set up shop near the beach, where he typically can be found still writing about real estate.