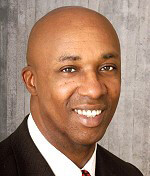 Reggie Brooks has achieved what many people consider to be impossible. He went from making $36,000 per year at the local telephone company, to making over $40,000 per month in his real estate business. Starting out with very little money, Reggie began his investment career in 1986. After taking a few real estate investment courses, he began investing in rental properties in Los Angeles. He quickly replaced his telephone company income of $3,000 per month with over $4,200 per month from a few well placed investments, becoming financially independent within his first year of investing. Reggie is an international speaker/lecturer, an author, and an active investor specializing in a unique and very profitable niche in the marketplace called "ABANDONED PROPERTIES". Reggie teaches unconventional ways of finding distressed properties, strategically repairing those properties, and systematically selling them higher than the prevailing market. "It's very simple when you take the time to learn how." Over the years, Reggie has developed his Success Systems that consistently turn marginal $15,000 to $20,000 deals into $50,000 to $75,000 deals. Reggie Brooks teaches his Success Systems all over America. His students say that the combination of his insightful knowledge with a sheer joy for teaching makes the learning process pleasurable.