How To Fix A Bad Wholesale Deal Due Bad Repair Estimates

Look, we’re wholesalers, flippers for some in the real estate investing world.  And, 99% of the time, that means we’re also NOT carpenters or general contractors.  So, what do you do when a seller tells you the house needs minor cosmetic repairs, when it really needs to be leveled?

Well… let me give you a real world example.

My student sent me a lead not too long ago.  Well, it wasn’t exactly a lead… as much as it was a out of this world slam dunk home run.  Here were the numbers: 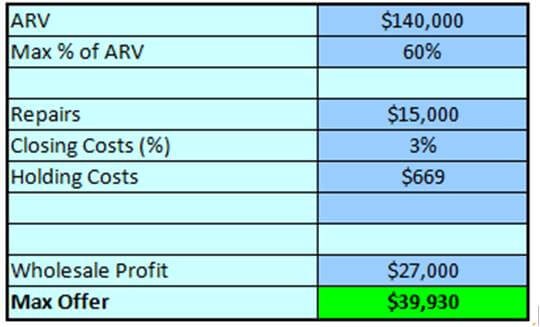 Um… did you see the number in the wholesale profit line?  That’s $27,000 and it’s not a misprint.  We presented the offer of $40k and she took it.  Contract was signed and we were marketing this beauty all over town.

As we began bringing in potential buyers, the repair news was not good.  One guy told us he would need to sink a good $50,000 into this house in order to get it ready to sell. 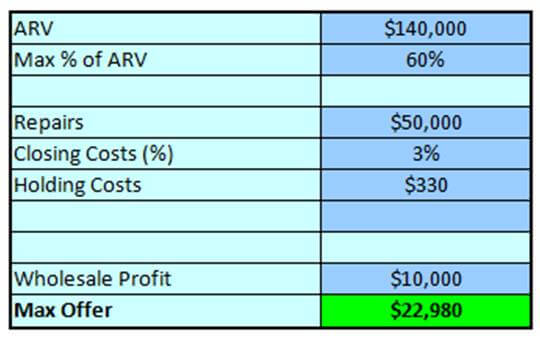 Our contract was for $40,000 cash.  Big problem.  Our slam dunk just turned into a money pit of a nightmare.  And, on top of the fact that the numbers were jacked up, what rehabber is going to want to sink $50k into a house?

So, what did we do?  HINT: We didn’t cancel the contract…

How To Fix A Bad Wholesale Deal

We went back to the seller and explained that her repair estimate was whack and that it’s going to cost a crap-ton more to fix the place.  So, in light of this new revelation, we were canceling the original contract for $40,000 and offering her much, much less… like $20,000 cash.  Her reaction?

Forget it.  No deal.

We said fine and bailed.  A day later she called back and we had a new deal.  What else could she do?  She has to deal with us.  That’s the beauty of being a wholesaler.  Sellers in this type of situation have no other viable options.  And now, we have a new deal, with a new inspection period and close date, that we’re pitching to potential buyers.

And that’s how it’s done…