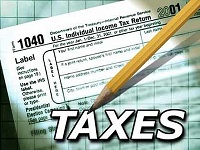 With Tax Season already here my advice to you is to file on-time. Prepare all your paperwork ahead of time and avoid mistakes that can cost you thousands of dollars. They say there are only two things certain in life: death and taxes. But even with taxes, your must-dos in a given year are far from certain. Some of the biggest changes for 2013, though, are in tax technology.

Real Estate Investors, consumers, and professional tax-preparers have access to more advanced software that makes for faster tax preparation, a more accurate return and — if you're lucky enough to be owed one — a speedier refund. We talked to tax experts about five changes taxpayers should keep an eye on.

Most taxpayers won't see a change in their regular income tax rates as a result of the fiscal cliff deal. (The exceptions: single filers who make more than $400,000 and married couples who make more than $450,000 now pay a rate of 39.6 percent, and 20 percent on dividends and capital gains.)

But that doesn't mean you won't pay more in taxes. The 2 percent payroll tax cut for workers expired Dec. 31, 2012. According to a report from Washington, D.C., think tank the Tax Policy Center, that will cost the average tax payer an extra $700 in 2013.

Taxpayers' best recourse is to reassess their budgets to account for the “paycheck haircut,” says Melissa Labant, the director of taxation for the American Institute for Certified Public Accountants. But unlike a change in income tax, payroll taxes aren't something that should prompt a talk with Human Resources about adjusting your withholding. “You don't want to come up short for income tax paid just to make sure you have a little more money now,” she says.

More taxpayers are filing their returns electronically. According to the IRS's latest statistics on returns filed in 2012, self-prepared e-filed returns are up 9.7 percent. Those from tax preparers are up 4.3 percent.

“That's a good thing,” says Greenberg. Online systems catch a number of common errors, such as entering the wrong Social Security number or incorrectly transferring income from a Form W-2. Normally, those problems would take a few weeks to spot and require you to do more paperwork, he says. The IRS also promises that e-filing will get your refund to you twice as fast.

Some state tax authorities now penalize those who file paper returns, or are considering doing so. In 2012, the state of New York considered — but did not put in place — penalties of $25 to $50 for people who used tax software to prepare their return but chose to submit it by mail instead of electronically. 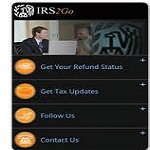 Yes, really! Tax preparation firms and the Internal Revenue Service have been introducing more apps that let taxpayers do some tax tasks from their phone — even file a return. In 2011, the IRS released an app called IRS2Go, which lets users track the status of their returns and their refunds.

Now there are apps like TurboTax SnapTax, which let taxpayers who use Form 1040EZ file by snapping a picture of their Forms W-2. More than 500,000 Android device owners have downloaded the app, according to the Google Play app store. There's no word yet on how many real estate investors and consumers are hopping on the Smartphone-filing trend. The IRS doesn't include that statistic in its records.

One person may find that someone else has filed a return under his name and Social Security number, or that his refund has been intercepted, says Adam Levin, chairman and founder of Identity Theft 911. Worse, it's often the tip of the iceberg. “If there's a problem with your taxes, there's usually a problem in other areas,” he says, like medical bills or a criminal record under your name.

Using the Web To Meet With Tax Preparers

If you're using a professional preparer, you might not even need a lengthy in-person meeting these days. “Everyone is forwarding us their digital information to prepare returns,” says James Bourke, a certified public accountant in Red Bank, New Jersey.

Some preparers are using online portals that allow clients to upload scanned Forms W-2 and other documents securely, he says, eliminating the danger of email-related fraud. That digital submission, along with advanced software that automatically pushes the details into a Form 1040, speeds the process.

Same as with your real estate investments, educate yourself with the latest strategies and technologies to be more cost efficient that will also save you time and $$.