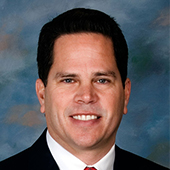 Jeff Adams is one of the nation's leading expert in finding motivated sellers, hungry buyers, and private lenders through the Internet. His automated online investing system for attracting buyers, sellers, and investors has allowed him to do over 350 deals since 1995 while having a regular job the whole time as a firefighter! After working at real estate investing the hard way, Jeff finally swore to himself that he'd had enough: He then invested serious time and money into creating systems that would pay off in less aggravation, more time, and more profits! Jeff developed systems that meant...he could stop knocking on doors of people in pre-foreclosure. Instead, the real motivated pre-foreclosure prospects now call him. He didn't have to compete head-to-head with other investors that had the same pre-foreclosure lists; Jeff's systems now set him apart from the competition. Jeff was no longer tied to the office, because his ""Virtual Office"" systems work from any web connection. He saved hundreds of thousands of dollars each year in real estate agent commissions, because his systems now do that work for him; and Jeff also saves hundreds of thousands each year in hard money lender points and fees.