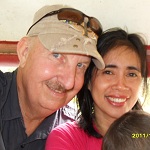 This probate wholesale real estate deal took a year but I stuck with it and came out a $winner$.

I placed ads for bird dogs in several of the nearby towns. One applicant named Chris called and said he found this old boarded up house on a huge lot surrounded by newer custom homes and businesses. Chris checked the tax records and found out the owner had passed and left the house to 3 siblings.

We tried calling them and sent a few letters but got no response. A few months had passed and Chris said someone was cleaning up the yards and had emptied the house of its contents. In the meantime I had done a profitable “Sub To” deal and spent the entire winter on a tropical island with my family. I returned early spring and started marketing for houses on craigslist.

I actually get a call from one of the siblings and he says they had lost my number before but seen my ad on craigslist and they were now in a hurry to sell because city code enforcement was threatening to levy some fines.

The seller tells me the lot was zoned for condo's and was very valuable. I told him there were no constructions loans available, there was no building going on here in Central California and I could only buy the place based on the value of the house. I told him the ARV is probably around $70K and it will take about $30-40K to rehab it back to good condition. I told him that I can do $22,500 for it as is.

He said it was unacceptable, but, he would run it by the other 2 siblings. Well, one week later he calls and says they decided to accept the offer. I sent him the contract; got it signed by all three and in a few days had it sold on Craigslist for $38K. Don't start clapping yet. 🙂

Soon after, the Title company calls and says they can't close on this because it needs to go through probate. I called the one of the siblings and he says they already had this cleared up with an Attorney. Then weeks went by, then months. the sellers wouldn't return our calls or emails; again we thought it was a lost deal.6 months later the same bird dog Chris calls me up and says he just talked to the seller who shared with him that probate had just completed and they still wanted to sell to us. I was shocked. I immediately called my buyer and was glad to find out he still wanted to buy it, but he wished to re-inspect the property.

10 days later Chris and I picked up our checks for $7,750 each. This deal took about a year from the day Chris found it till we were cashing our checks. The crazy part is, I never seen this house or met the seller or buyer, heck I never met Chris my bird dog. He did most of the work, found the house, met the sellers, and showed the house multiple times. All I did was negotiate the sales price, send a few contracts, and find the buyers and negotiate a price with them. This deal would never have happened if not for Chris, and guess what? He's really motivated now and sending me more properties to look at. We got another Junker on contract. Let's make some money!