I received a call on one of my bandit signs from an Asian lady named Meme. She tells me she has a 4/3 2200 SF Home that she needs to sell. She also tells me she’s from Minnesota, and she purchased this house over 20 years ago and her and her husband paid it off & gave it to the father in law. They had returned to take care of the old man because he has terminal cancer and he signed the house back over to them.

It was a nice house but needed updating and repairs and it was in an undesirable area. I went to inspect the house and meet the sellers and got it on contract for $120, 000. I estimated the ARV at $160-180K. I sent it out to all my buyers but nobody wanted it. I then started placing ads on Craigslist.

I soon got a call from a Realtor that says don’t worry my fees will be paid by the buyers. The Realtor got my price down to $130K. He and I met at the local restaurant and then he tells me I need to pay his realtor fee and suggests we split my 10K assignment fee. I reminded him that he told me his buyers will pay his fee. He chuckles and says Oh you know why I said that was because I knew you wouldn’t call me back. My first reaction was to tell him where he can go, but I wanted this deal and I had no other options. I told him to ask his buyers and I would ask the sellers. My sellers said absolutely not and chewed me out for asking.

The Realtor got the sellers to pay half and I reluctantly agreed to pay the other half. Sigh……..

We started escrow at the Realtors Title Company but they didn’t know anything about assignments. So I got it started at my Title Company. Soon Meme calls me to say Title Company is asking her father in law to come in to sign his rights away officially. Meme and her husband had already got the title in their names just by recording it themselves. Everything seemed to be going forward then all hell breaks loose.

Meme calls & tells me the whole story of how the father in law has lived in the house for free for over 20 years and now all of a sudden he’s demanding money for himself, his mistress and 5 brothers for taking care of the house for all these years. 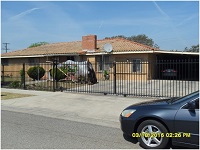 Now it seems Meme’s husband and his father are in dispute and this deal looks like it’s going down the crapper fast. The sleazy Realtor suggests they do the deal all cash outside of escrow. My sellers were worried about the legality and I told them not to worry, my partner is a licensed Realtor and knows what he’s doing, but I was also having concerns. The Realtor asked me who was going to pay his fee for doing all the paperwork because he charges $1,500. I told him to get it from the buyer. He then says, I was joking.

We all meet at the Realtors house; it was exciting to see $132,000 in cash on the table. I got an envelope for $8,000 in cash, the Realtor got $4,000 or more, not sure exactly what he weaseled from sellers. As the deal was going down the sleazy Realtor says “Randy, Pay the Notary” I sat there with a stupid look on my face without making a move and finally the Realtor pulls out his wallet and gave her the $45.

The crazy part is the Realtor, sellers and buyers cooked up a scheme to show that they sold and purchased the house for 70K and 50K would be unreported, as a way to bypass some taxes. I’m amazed this deal went down so smooth, it took about a month. After dealing with this realtor I felt like taking a shower.

But, everybody walked out of that house shaking hands and smiling.