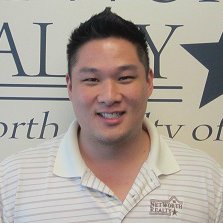 Hi. My name is Kevin Kao and I've been wholesaling real estate for about 5-6 years. One of the best investment wholesale deals that I closed on was in late 2014. The deal was located in Atlanta, GA and it was around the time when we had what was coined our local “Snowmageddon.”

I was looking at an investment house deal and I noticed the house next door had a FSBO sign. I called the FSBO sign and in speaking with the Seller, I found out that there was a lockbox combo on the back of the house.

So after I finsihed looking at the FSBO house, I quickly sent offers on BOTH houses via email. Shortly after I gave the owner of the FSBO a call to confirmed he received my offer and to discuss it more with him.

He said that he will think about it because there were other people that were suppose to look at the property the following day. However, we were snowed in for a couple of days so no one was able to view the property. Hence “Snowmageddon” sealed the deal for me.

I found these opportunities because I was working when no one else was working.

“Early Birds always gets the worm” or rather “Success happens when preparation meets opportunity” – investors these wise old sayings are most true for wholesale real estate investing!